A rose by any other name… 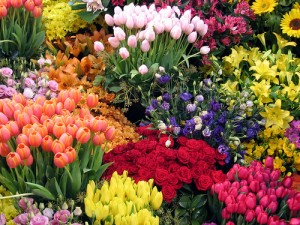 I’m interested in the origin of European Jewish surnames, such as “Bloom” meaning flower, and Shecter which I learned from your book is shechet. Is Kaufman a buyer, or merchant? Zukeo is sugar I guess. Then Sugarman was a purveyor of sugar?

You’re definitely on the right track. One thing to watch out for, though: people would change surnames at the drop of a hat (or yarmulke), so being called Kaufmann, for instance, cannot be taken as absolute proof that someone’s ancestors were merchants.

There’s a fair bit of stuff about surnames around. The best thing is probably to Google “Jewish surnames” and “Jewish genealogy” (a lot of material about names comes up on sites devoted to genealogy).