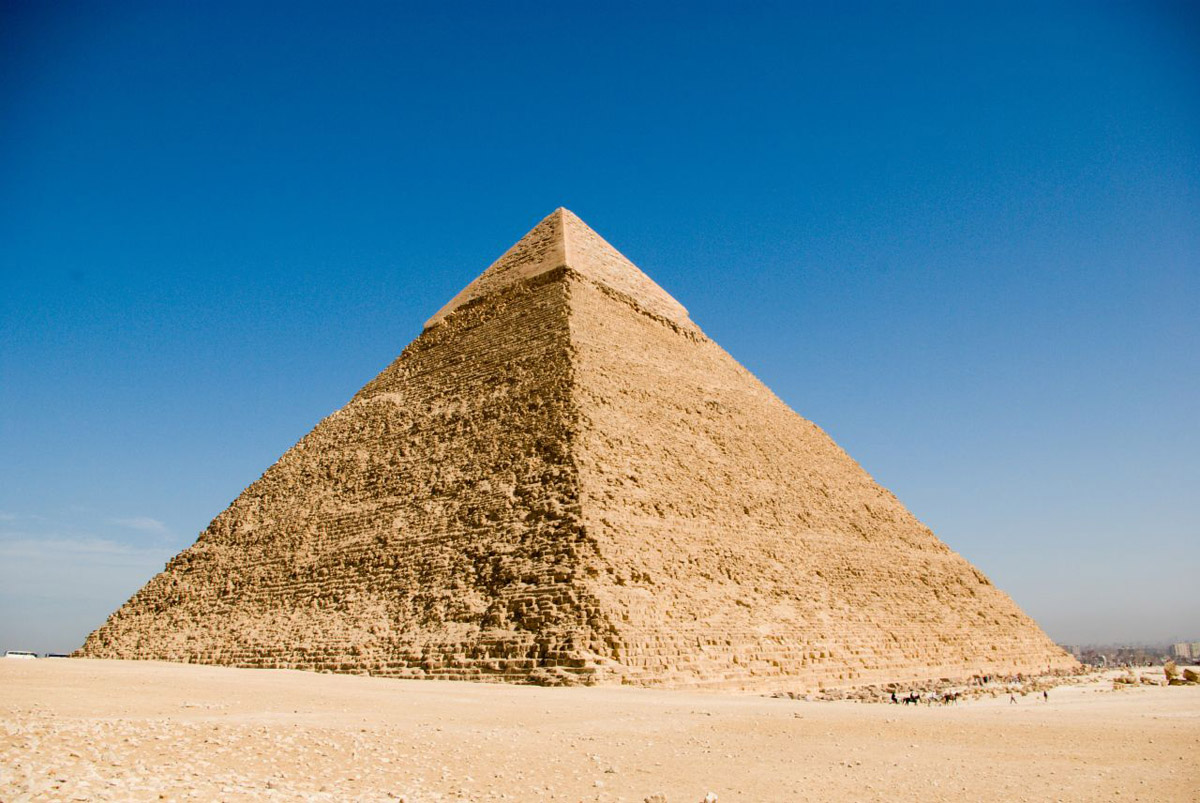 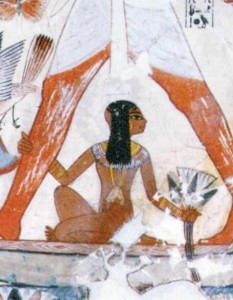 “Yes, I know the dentist,” said Moses, whose eye went immediately to where Neshi was standing with muti. “He’s one of us now. You have no more authority over him.”

Everybody fell silent. The archers pulled the strings of their bows back and pointed their arrows at Moses. Ramesses motioned to them to stop. The strain that he’d managed to keep out of his voice up until now finally came through. “Uncle,” he sounded like he was really suffering, “I’d just like to see my dentist one last time before he leaves the country where he learned his art. I’m happy to pay for his services.” There isn’t a king on earth who would stand for such treatment if he wasn’t really suffering. “I’ve kept my word to you about your leaving, now grant me this boon. Not only is Amennakhte the best dentist in all of the Two Lands, he is the only one I know of who was not a firstborn. I see him standing near you, Uncle.”

Ramesses was lucky that most of the people around us couldn’t understand Mitsri and that nobody but muti and I knew who Amennakhte was. Even so, Ramesses’ voice was so high that people were still laughing––and that’s when I knew that we were really out of Mitsrayim and would never ever be back. Making fun of Ramesses’ voice in Pi-Ramesse or Thebes or Memphis would have landed you in the mines for at least five years; snickering like that in his presence would have cost you your life. I lived with people who saw Pharaoh nearly every day and I never knew that he sounded like a clown in women’s clothing.

Moses turned his back on the king to consult with Aaron. They walked over to the sedan chair that Meryt and I had been riding in and got in without asking permission. All anybody heard was a single sentence from Aaron, also in Mitsri. “Do as you like, but make it either yes or no. No conditions. It wouldn’t be right.”

They came back out a couple of minutes later. “You simply want this dentist to examine your teeth and fix what’s causing you pain?” asked Moses.

“I’ll allow it. He can see you alone in that sedan chair. Go there now.”

Pharaoh was as meek as a schoolboy. He went over to the sedan chair and climbed inside.

“Dentist,” Moses was speaking Ivri now and scanning the crowd again for Neshi, “are you prepared to examine this tyrant?” Moses was having the time of his life.

“Despite what he has done to us and our people?”

“I have examined him many times before. I will examine anybody who needs my help. I’ll get my equipment from the wagon. Have the curtains removed from the sedan chair windows and station two soldiers with torches at either window so that I’ll be able to see…And be sure that they’re soldiers. I want my patient to feel relaxed and at home.”

Moses nodded and grunted and translated the bit about the soldiers into Mitsri. An officer barked out some orders and four foot soldiers came forward from the ranks. And–– one of them was Snofru! My Snofru. I was so happy—I had no idea how he managed to slip into such an elite command, especially when he was nowhere near Pi-Ramesse, where his regiment was posted––but I didn’t really care: it was like getting a little bonus time before we met up again for real. I waved, but of course he couldn’t wave back. Once he saw me, though, he winked, and then he and the others went on to the sedan chair.

Neshi found his stuff and got into the chair. Pharaoh’s screams were excruciating. Once in a while, one soldier would give his torch to another and stick his hand through the window to help with something, and Snofru was always the torch holder. Otherwise, we all stood and waited.

After about twenty minutes, Neshi came out. There was blood on his hands and he called for water to wash them. He wasn’t finished yet, he was on his way back to the chair. “Nye-Nye,” he called in Mitsri, “would you come up here and assist me, please.”

“Nye-Nye, Nye-Nye,” they were murmuring in the crowd. “Look, there goes Nye-Nye,” as if they hadn’t already recognized her.

“She looks older than her statues,” someone said.

“Drop dead,” I replied, without moving my lips.

“Why don’t you ask Pharaoh and find out?”

We could hear a soft, melodic moaning. Pharaoh must have asked to have muti come sing for him.

The longer Neshi worked on Ramesses, the more difficult things got for Moses. He was caught between the need to look like the guy in charge and the necessity of not getting himself shot by Pharaoh’s archers if he misbehaved too badly. These were real soldiers to whom orders were everything; if commanded to fight, they’d do so, even if they knew that it meant being trampled to death by three million screaming Israelites––Moses would still be the first to die and most of the soldiers would probably get away. All he could do was wait, which made him look like one of Pharaoh’s attendants. You could see him pacing and getting nervous. He kept consulting with Aaron. Finally he sent Joshua over to the sedan chair. He came back in a couple of minutes with muti.

At least I had some family outside of the chair again. Moses spoke to muti; she didn’t look happy. Moses spoke to the crowd; they were starting to smile. “The most famous singer in Mitsrayim is going to give us a private concert,” and muti launched into her best-known stuff, the sort of songs that everybody there would be sure to know. Pretty soon, the concert had turned into a sing-a-long.

Neshi told me that Pharaoh had a hole in one of his teeth that needed to be drained, then cleaned, and then filled. They were lucky that Neshi had grown accustomed to treating Ramesses on his travels and that he had brought all his instruments and supplies with him, including the special strong wine that he used to help dull the pain and cleanse the wounds. They didn’t do much talking, but after Neshi had finished packing the tooth with filling material, he said that Ramesses apologized for throwing him out of the palace a few days earlier. “You can imagine what this kind of situation does to you. It’s terrible. Tell me, Nakhte, is Menna still…?”

“No, Majesty. He was his mother’s first child.”

Ramesses actually took Neshi’s hand to console him. “I’m sorry. I’m sorry about all of this. I feel like destroying all traces of my reign, tearing down all the statues, erasing my name from all the records and chronicles. I feel like the biggest failure in all the history of Kemet.” Neshi tried to say something comforting. “Come, Nakhte, have a drink with me. One last time.” And Ramesses poured him a cup of wine. Neshi made the traditional toast, “Long life,” and they drank. Then Ramesses made the toast and they drank again. Ramesses couldn’t eat because of his tooth, but Neshi had a piece of matzoh to nibble on while drinking his wine; he gave Pharaoh a piece to eat later on, as a remembrance of the last time they’d ever see each other.

Muti stopped singing when she saw them leave the sedan chair. Ramesses clapped his hands and one of his servants approached with a small case which he then gave to Neshi as payment. “Open it,” Pharaoh commanded. It was the biggest diamond that anybody there had ever seen. Ramesses didn’t wait to be thanked, just walked back to his chariot and left. I don’t think he was ignoring Moses; now that he was feeling better––Neshi said that he was even a little tipsy––I don’t think that he even saw him. The chariots and foot soldiers left with all possible speed; Snofru walked close enough to me to brush my hand. I blew him a kiss when no one was looking.

Soon as Pharaoh and the soldiers had left, Moses expressed an urgent desire to talk to Neshi in private. According to Neshi, the first thing he wanted to know was what Pharaoh had to say about all this––our leaving with so much property after all those natural disasters. Neshi, who also mentioned that they were speaking Mitsri, told him that it hadn’t really come up. “Pharaoh is a little worried about his place in history, but we didn’t really talk about it otherwise.”

“And what did he say about me?”

“Neither of us mentioned your name.”

“Can I ask you a question, Amennakhte?”

“My name now is Menashe, but go ahead.”

“Nobody puts nothing in a box and has it delivered by a guard. Why don’t you tell me?”

“I don’t think it’s any of your business, Moses.”

“Well, if it’s really nothing then you won’t mind donating it.”

“Since when does our cause need…what he gave me? We’re going to be crossing a desert where there’s nothing to buy. And the people with us are all loaded down with treasures that they took from the Mitsrim.”

“But you and I, we aren’t Mitsrim anymore. I’m old enough to remember you as Commissioner of Customs, Tuthmose, and I haven’t forgotten how you made your fortune then. You might think you did me a big favor, letting me look after Sesi just now. But just remember––if I’d refused, his men would have killed us all. They might not be able to stop the people from going, but they could have kept us from going to Canaan with them. So you’ve got nothing coming to you.”

“Fine, Nakhte. Have it your way. But don’t think I’m going to forget this.”

Muti had gone on singing when Moses and Neshi withdrew. The audience was clapping along with her, singing rounds and enjoying themselves like a group of happy children. Moses cut her off in the middle of a song and thanked her. The crowd all went “awww.” Moses offered up a brief prayer, thanked my mother, and left with his entourage.

My mother stayed behind to receive compliments from her admirers. I went to find Meryt, who had made sure to disappear as soon as she heard that Moses was going to speak. Neshi went to tell Khushim what had happened and to give him the diamond for safekeeping. “Don’t worry, Neshi. Moses knows better than to mess with me.”