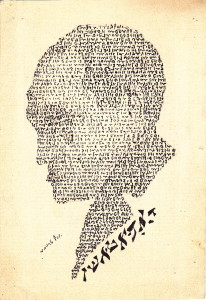 Help me pioneer a new model for literary translation while rescuing a seminal work of modern Yiddish literature from undeserved neglect.

If you can read Yiddish literature only in English translation, Joseph Opatoshu’s 1921 novel, In Poylishe Velder (In Polish Forests), is one of the most important works of world literature with which you’re probably unfamiliar. A vast panorama of Jewish life in Poland during the 1850s, Opatoshu’s novel concentrates on backwoods Jews who live among gentile peasants rather than in Jewish communities in cities or shtetlekh. Touching as it does on hasidism, heresy, pre-Christian Polish folk customs, wife-swapping, messianism, and Polish nationalism, this book will change the way you think about Jewish life in Poland. Those parts not set in the forests or on the road take place in the court of the Rebbe of Kotzk, the last of the classical hasidic leaders. The Rebbe and his court are portrayed so convincingly that even members of the book’s original audience often forgot that they were reading a novel and not an intimate history of hasidism in Kotzk. It’s the price that Opatoshu had to pay for writing some of the best prose ever published in Yiddish.

Sholem Asch and Isaac Bashevis Singer might be better known, but Joseph Opatoshu (1886-1954) was far and away the most important and influential Yiddish novelist of the twentieth century: even Singer, especially in such books as Satan in Goray and The Slave, owes him a considerable debt. Opatoshu is to Yiddish fiction as Hemingway is to American.

He hasn’t been well–treated in English, though. Only three of Opatoshu’s books have been translated, the most recent, a volume of short stories, in 1968. The 1938 English version of In Poylishe Velder was no more successful as English than it was as Opatoshu. If it’s to be properly replaced, a new translation needs to be done immediately: the last native speakers to have learned their Yiddish from people who grew up in pre-WW II Europe, Yiddish-speaking baby-boomers with enough general education to be able to render a sophisticated, allusive and multi-lingual text into an English that doesn’t read like a translation, are already beginning to be moved into assisted living facilities.

This urgency was one of the factors that prompted Eric Klein to suggest a crowd-sourcing model as the best way to allow a translator to devote a year of his working life to Opatoshu and nothing else. Translations of literary fiction by long-dead writers who are virtually unknown in English are usually undertaken by academics who receive salaries from their universities; the university presses that publish most such work tend to give only minimal advances on press-runs so small as almost to guarantee tiny royalties.  The patronage model that Eric suggested and that I’m proposing–which can be applied to translations from any language–will allow me to spend the next twelve months working on In Poylishe Velder as if it were a book of my own for which I’d received an advance, but with one major difference: I’m going to post the translation on line, where it will be freely available under a creative commons licence so that no one need do anything but type a web address in order to read the book on line or else download a free PDF or e-book once the web version has celebrated its first anniversary. The text will feature tooltip notes (slide the cursor over a Yiddish or Hebrew word to find out what it means) and links to specially made sound files for help with the pronunciation of some of these words. There will be a comprehensive introduction to help acquaint readers with Opatoshu and his work, as well as an afterword (to avoid spoilers that might cut down on the fun of reading the book) to explain some of the issues with which the book is concerned and some aspects of the milieu in which it takes place.

The book will never go out of print; it will always be free. Donors will be benefactors subsidizing the spread of Yiddish culture rather than investors or advance purchasers. Dan Opatoshu, Joseph’s grandson, has very generously granted me permission to translate his grandfather’s work, which is still under copyright: if 3000-odd people are willing to donate the $30 cover price of a hardcover book, Joseph Opatoshu will be in a position to crack the modernist canon by May 2014. Every contributor’s name will appear in a list of donors that will be part of the book. Those so inclined can contribute in honour or in memory of someone else, or even request complete anonymity.

There is nothing to lose. This is a fixed funding project; if the amount of money raised falls short of the $100,000 goal, the project will be cancelled and your contribution automatically refunded(go to http://support.indiegogo.com/entries/21081743-refunds for information on Indiegogo’s refund mechanism). If more is earned, the surplus will be applied to a translation of 1863, the sequel to In Poylishe Velder.