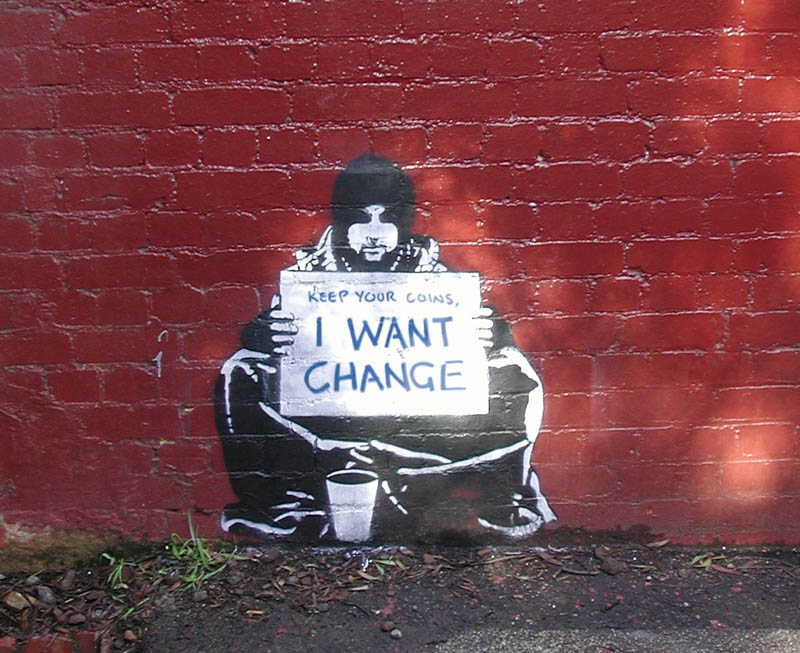 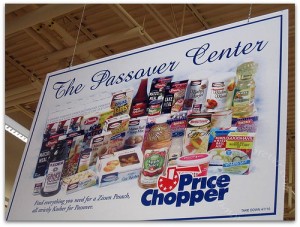 I’d like to blame Pesach shopping for my failure to write a blog post last week, but Mrs. Wex, a berye of the very first order, has long since had all the makings of kosher-for Passover Farfelroons safely stowed in knotted plastic bags in a corner of our basement, directly beneath a photo of the Strettiner Rebbe in his kitchen ha-kadosh, circa 1977.

Pesach shopping takes care of itself, it’s the shnorring that’s been getting me down. Not the wheedling per se so much as where it’s been coming from. I’ve been deluged with e-mails lately, all of them beginning with some variant of, “With the approach of Passover, a celebration of freedom and renewal, when the voice of the potato syrup- 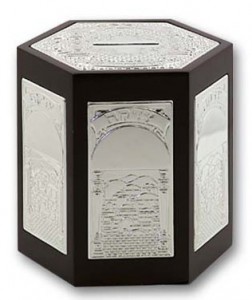 based fruit slice is heard through the land, our thoughts naturally turn” not so much to people, as to the cash-strapped Jewish cultural organizations who have sent them, virtually all of which either employ my friends and me on occasion or else serve as resources for those of us working in Yiddish. Their e-mails are full of talk about “heritage,” “preservation,” “legacy,” and “generations,” Jewish-English code for material with no direct connection to either yeshiva study or the State of Israel, stuff for which the bulk of the Jewish community couldn’t give a shitas Rabbeynu Tam.

Now, maybe it takes a guy like me, yet to taste a Farfelroon but still bursting with money and indigestion (and if you can identify the source of that phrase, treat yourself to an extra Farfelroon) to come right out and say, “Enough with banging our heads against the wall.” If there’s one thing I’m learning from working on a book about Jewish food in North America, it’s that Jewish-Jewish doesn’t hold a Chanukah candle to Jewish-style. We need a new culture, one free of difficult technicalities and languages that aren’t even English, not this outmoded mockie crap with one foot in the past and the other already in the grave. We know what the Jewish people wants, so why don’t we give it to them?

Who needs bread and circuses when you can have chala and farfelroons? And a hot bulke with butter every non-Passover morning. 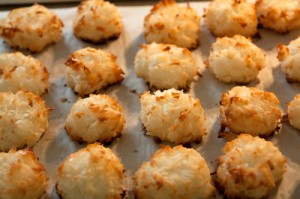 At first I thought “Farfelroons” was a misprint, or perhaps a now-obscure racist term, something along the lines of “quadroon” or “octoroon,” for someone judged to be only one-thirty-second black, but then I found the recipe, Yiddish and English versions yet, in the third edition of Batamte Yidishe Maykholim/Tempting Kosher Dishes, published by the B. Manischewitz Company in 1941:

Beat egg whites stiff, add sugar, and beat again. Add farfel, cocoanut, and salt. Grease a pan and dust it with Manischewitz Matzo Meal. Drop spoonfuls of the mixture on it, allowing a little room between cakes. Bake in a hot oven (4000) for 10-15 minutes, changing the pan from the bottom of the oven to the top, in order to brown cakes all over. Let cakes cool before removing from pan.

And remember, moms: These bite-sized nuggets of hearty, nut-like goodness are just bursting with Yidishkayt.