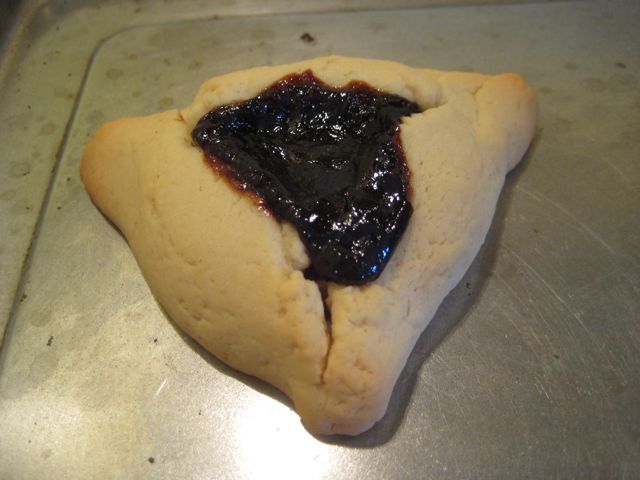 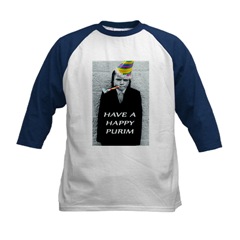 It's not too late to buy a Purim shirt. Click on the image above.

With Purim almost here, it’s time for me to recall the observations about homentashn that I made a few years ago in Just Say Nu.

In writing about certain types of Yiddish slang, I remarked that pirge (think “perogie”) and knish (think beef)  can both be used rather vulgarly to refer to those parts of the female anatomy that respectable ladies call nothing but dortn, a word that simply means there. I should note that while homentash still means homentash, the three-year old mentioned below is now a licensed driver.

I pointed out that the homentash is: 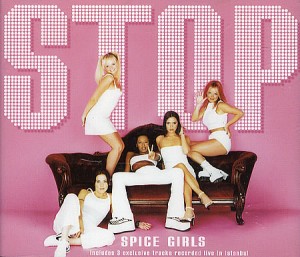 a triangle-shaped piece of dough stuffed variously with poppy seed, prunes, or walnuts that’s eaten on Purim. Its shape and the contrasting colors of the dough and the fillings have led to its being used as a Yiddish counterpart of “hair pie.” Homentash is less vulgar than pirge or knish, and its festive associations lend it the kind of jovial, even jaunty air that explains the smiles on the faces of my relatives when my three-year old daughter gave an impromptu performance of the Spice Girls’ hit, “Stop,” and, instead of “I need somebody with a human touch,” sang, “I need somebody with a hamentash.”

At least she didn’t ask for a Yule log.