Frumkiss praised in the Literary Review of Canada 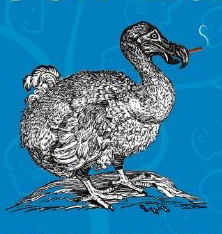 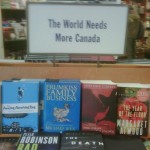 This review of The Frumkiss Family Business by Joel Yanofsky appeared in the latest edition of the Literary Review of Canada.

Last December, after the film version of Barney’s Version came out, I noticed that the chatter on my Facebook page about the movie and the Mordecai Richler novel it was based on had taken a familiar turn.One FB “friend” wondered, without going into detail, whether anyone else was disturbed by the anti-Semitism in the story. This led to a thread focusing on Richler’s own socalled self-hating inclinations. Comments ranged from “I never read the guy” to “Come on, he hated everyone.” Of course, whichever side you ultimately come down on, it is hard to ignore the fact that this discussion reveals a truth about Jewish audiences and readers that predates Facebook–predates the Old Testament, come to think of it: we are never satisfied. Jewish writers, from Kafka to Richler, have all eventually faced the same essentially unliterary but nevertheless insistent complaint about their work: is it good for the Jews?

So far Toronto writer Michael Wex has managed to transcend this issue. Best known as a popularizer of Yiddish language and culture in non-fiction books such as the 2005 New York Times bestseller Born to Kvetch and the 2007 follow-up Just Say Nu, Wex has proven to be an unabashedly and unambiguously self-loving Jew. His books have not just been good for the Jews; they have been great. Which is why it is interesting to see that in his new novel, The Frumkiss Family Business, he seems determined to be a little more like Mordecai. If nothing else, Wex has created, in the character of Allan Milner, one of the creepiest portraits of a Jew on the make that I have seen in a long time. My only complaint–and, yes, I am Jewish so I have one–is that it takes a while for this delightfully disagreeable antagonist to make his presence felt.

The good news is that The Frumkiss Family Business has a surplus of memorable characters, starting with the closest thing the novel has to a hero, Elyokim Faktor. When the novel begins Faktor has just died. “It was probably the all-kugel diet that killed him,” Wex kibitzes in the first line of the first chapter. The “probably” in that sentence is intended as a joke, since Faktor, the patriarch at the high-spirited and sometimes congested heart of this multi-generational family saga, lived to be 103. Of course, the more we come to know about Faktor’s story, the more we come to realize that his death, like his long, convoluted life, had little relation to natural causes. Death by kugel was simply his final prank.

With Faktor, Wex creates a kind of Yiddish man for all seasons. At the time of his death, he is still best known as the voice of a dodobird puppet on a popular CBC television kids show of the 1950s. But before immigrating to Toronto from post-Holocaust Poland, Faktor was a key figure in the Yiddish Renaissance between the World Wars. He made his reputation as a controversial literary figure whose plays, columns and books earned him equal measures of respect and scorn. Depending on whom you ask, Faktor was not only one of a kind; he was likely the last of his kind. The dodo, if you will, of Yiddish literature.

He was also a first-class nuisance, a man dedicated “to driving others up a wall,” as he tells his second wife, who is a successful Canadian businesswoman. “Every time a Jew is born, the rest of the world gets a headache,” Faktor explains. “Most of us do it inadvertently; the difference between me and the rest of the Jews is that I want to cause headaches on purpose.”

And so he does. Headaches–and the Yiddish language–are the inheritance Faktor hands down to his considerably less accomplished children and grandchildren. Hardly chips off the old block, they seem especially inept at choosing careers or suitable life partners. The trouble starts with Tammy, Faktor’s daughter from his first marriage. A gifted young woman, Tammy chooses her husband, Earl Frumkiss, mainly on account of his being “predictable and slightly dull.” It is just what she is looking for, she thinks, “after a lifetime with a professional madcap for a father.” Faktor, of course, is vexed: “He’s what? Twenty-six, twenty-seven? So how come he’s older than I am? You marry him, Temke, and you’ll be dead from boredom before you’re thirty.”

Tammy does die far too young and Earl does prove to be a bit of a pill. Still, as a successful Toronto podiatrist, he turns out to be a good provider as well as a loving, supportive husband. He also tries his best, after Tammy dies, to be a good father, a fact his three children, Rachel, Vanessa and Randall, tend to resent. They end up blaming him “for every untoward event that ever befell them.” And there is an accumulation of untoward events. Rachel, for instance, is a brilliant scientist, but she lacks the self-esteem to pursue a career that matches her talent. She is not much better at pursuing a husband. She settles for Howie Spiegel, a perpetual adolescent, who prefers playing hockey with his pals to having sex with his wife. Vanessa, the family beauty, ends up in Israel, spokesperson for a religious cult, married to a fanatical rabbi. (Again, Faktor weighs in with his disappointment: “A rebbe yet? She couldn’t get herself a caveman?”) Randall comes closest to following in his famous grandfather’s footsteps. He is a second-rate comic, whose ability to perform in Yiddish keeps him busy entertaining an aging Jewish population. In fact, he finds his niche playing geriatric stag parties, catering to the rash of late-blooming marriages in seniors’ residences. Still, Randall acknowledges, “there were hazards involved with crowds that were generally incontinent.”

The great Yiddish writer Isaac Bashevis Singer liked to say that “one can have too much, even of kreplach”–or kugel in Faktor’s case–and there comes a point at which a kind of restlessness kicks in reading The Frumkiss Family Business. Wex is an engaging storyteller and he likes nothing better than piling on the amusing anecdotes about his large cast of characters. But, after a while, it feels like too much backstory and not enough forward momentum.

Indeed, it is not until Allan Milner makes his slimy presence felt nearly halfway into the novel that The Frumkiss Family Business genuinely begins to feel as if some kind of narrative is taking hold. Milner, part scholar, part stalker, first becomes obsessed with Faktor as a child and now his plan is to write Faktor’s biography and weasel his way into the affections of Faktor’s divided family. He intends to become the great man’s official biographer, Boswell to his Johnson, and when Faktor’s family balks at the idea, Milner, a kind of contemporary Uriah Heep, reveals that he has learned a secret about Faktor’s life in Europe before the war that will dramatically, perhaps even traumatically, affect the entire family tree. Without giving too much away, Wex cleverly introduces the question of Jewish identity into the novel. Suddenly, his characters and his readers are wrestling with questions like who is a Jew and what makes a Jew Jewish.

So far I haven’t noticed if The Frumkiss Family Business and Milner’s character, in particular, have led to the usual complaining on Facebook. I do not know if ethnic pride is, yet again, competing online with literary considerations. Or if anyone is asking whether Milner is good for the Jews. If pressed, I would say probably not. Just what we need: a Jewish Uriah Heep. As usual, though, that is beside the point. The point is he is very good for Wex’s novel.

Joel Yanofsky is a Montreal writer. His memoir, Bad Animals: A Father’s Accidental Education in Autism, is due out in April from Penguin.