Don’t judge a book by its cover…. 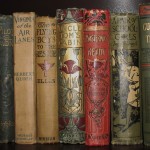 We picked up this review in a Google alert.

Increasingly these days book blogs and review websites are playing a bigger part in influencing readers to pick up a book and read it. When we started this website five years ago it felt a bit, well, naff to include any nods other than those from broadsheet newspapers. Now that newspapers are in decline and the internet moves opinions (and books) at the speed of lightning it feels remiss to omit well-thought-out write-ups.

We rather enjoyed this one:

“The first thing you notice about this book is its cover. Okay, maybe not. Coloured an unappetizing hard blue-green, and featuring a rough-hewn etching of what appears to be a Dodo or turkey smoking a cigarette on the cover, you could be forgiven for judging this book by its cover. Usually, something like this would a major nitpick for me; I’d argue that while I can’t single-handedly smarten up slaves of the internet to read actual books, publishers of books need to make their covers as neat and sparkly as a Facebook page to lure internet eyeballs.

Yet that’d be a mistake in this case. The book cover perfectly summarizes the tone of a tough, thoughtful, and oddly engrossing view of Toronto’s Jewish community. Our main characters are Vanessa, Randall and Rachel, the three children of Canada’s most famous podiatrist. Outwardly they seem like the perfect products of metropolitan Toronto, but each of them is constantly being affected and re-shaped by new revelations (and no spoiler alert; they’ll stay revelations for the reader) about their grandfather, Faktor.

What makes FFB such a great read can be illustrated by Wex’s description of a character named Milner, who “dressed like a pushcart peddler in a photo from 1892…[dished] out a way of being Jewish so authentically rooted in the lives of real Jews that some of it hadn’t been written down or recorded until he came along.” The same could be said about Wex’s book. The characters, the culture, and storyline should be stale and well-worn (Wex’s previous title was “Born to Kvetch”) but they all feel fresh and inventive; like a Lonely Planet guidebook to a family history. Think of “Frumkiss Family Business” as “Moonstruck” + Jewish history X 2 Chers and 1 Nicolas Cage.”

You can check out the website with a bunch of other reviews here.