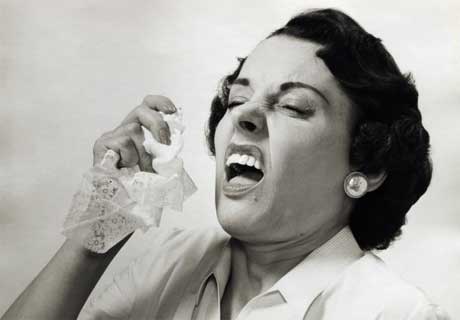 We’re into the month of Elul now, when we’re supposed to begin examining our deeds and telling the truth to God and ourselves. Contempt for the kind of b.s. that we use to justify our dodgier actions has given rise to one of the most remarkable, not to mention useful, of Yiddish phrases: veys ikh voos (literally, “I know what”; more literally, “know I what”). Uriel Weinreich, in his Modern English-Yiddish Yiddish-English Dictionary translates it as “tut! pooh! nonsense! fiddlesticks!” all of which are perfectly correct. They are not, however, entirely idiomatic.

Veys ikh voos has an air of contempt that is positively menacing—to your interlocutor’s self-regard, if nothing else. It’s never pronounced as clearly as it’s written here; it is spat—ideally, it’s sneezed out, slow-roasted over the adenoids before being projected through the nose, and sounds more like VEI-KH-OO-EHS than a series of separate words. Rather than “tell it to the marines,” veys ikh voos is closer to “For this”—the garbage that you’ve just heard— “For this God gave you a mouth?!” It consists of equal parts disbelief, contempt, and impatience—practically a Yiddish trifecta. While not recommended for telephone use—people are likely to say “Gesundheit” or ask if you’re all right––it’s perfect for dealing with any idiot separated from you by a counter or desk (so long as they aren’t wearing judge’s robes); the air of bubbling menace will get them even if they don’t understand a word.