Too much matzo on Pesach 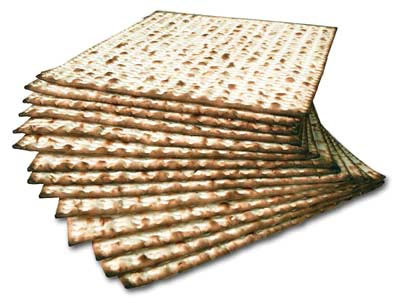 The idea crops up periodically, generally on Passover, when the khomets-starved brains of certain West Coast executives––addled, some say, by a surfeit of matzoh-brei––go into overdrive and begin to smell money where the rest of us see nothing but Nyafat: “Why don’t we do a Jewish version of The Godfather?”

I can think of a thousand reasons why not, none of which stopped a reasonably well-known producer from calling me up last week and asking, “When Luca Brasi sleeps with the fishes, how would you do this in Jewish?”

Got, as they say in Yiddish, shikt di refue far der make, God sends the remedy in advance of the plague; there’s a reason that this guy called me on Pesach.

“Matzoh,” I told him, “A gross of matzohs with a note in Hebrew.”

“You mean the injunction to the wise son concerning the laws of the afikoyman contained in the Passover Hagaddah? What’s that got to do with Luca Brasi?”
“Look,” I explained, “When you say that someone is ibergegesn mit afikoymens, ‘has eaten too many afikoymens,’ you’re saying that they died of old age. It’s like a coroner describing the cause of death as ‘one too many Christmases.’ All those matzohs show that you’ve provided Luca Brasi with enough afikoymens to produce a state of ibergegesen, and that now he sleeps with gefilte.”

“A-ha,” said the producer. “What about a Yiddish Dreamgirls?”