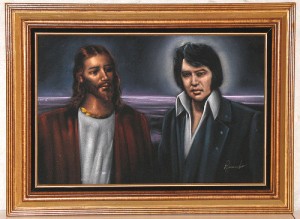 I received an e-mail recently from a reader who says, “My parents both came from Russia and I grew up in Brooklyn. I spoke nothing but Yiddish at home and I like to think that I can still speak it pretty well. My question is about the word schlock. I know what it means in English”––Webster’s defines it as “of low quality or value” and the reader is puzzled as to how it derives from the Yiddish shlak.

A shlak is a stroke, a cerebrovascular accident; by extension, it can mean any kind of sudden disaster that strikes without warning, including the kind of person who is experienced as a form of divine visitation, a nuisance of such proportions that he or she can only be a punishment from heaven. In Yiddish, such a nudnik can be called a shlak min ha-shomayim, a heaven-sent shlak.

This shlak soon met another shlak­—technically, a shlyak, but try to say it quickly—a tailors’ term for selvage, the protective edge of a fabric that the tailor cuts off and throws away before he uses the cloth; the same term, minus the y, still comes up in day-to-day Yiddish  in such words as untershlak, “undershlock,” the lining of a garment. So schlock, a term that entered English through the rag trade, originally meant crap that should have been tossed away but that you were trying to unload—for money.