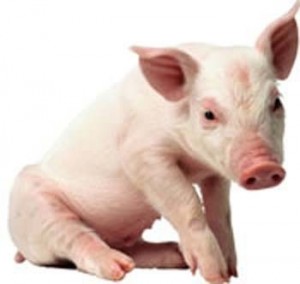 I’ve been asked to explain the term dover akher, “something else,” “another thing,” something that you don’t want to mention. It comes from the Hebrew. Dover means “thing”; akher means “other”; the two together were used as a means of getting from one interpretation to the next in rabbinic literature, where akher on its own was sometimes used to mean “that person or thing that I prefer not to mention” or “Mr. X., whose identity we all know.” Rather than mention the name of Elisha Ben Avuya, a prominent second century scholar who turned his back on Judaism and became a pagan, the Talmud prefers to call him akher, which it also uses to mean “non-Jew.” Fundamentally, it’s calling Elisha a sheygets.

When the source of the indelicacy or repugnance is not human, dover is joined to akher to produce a you-know-what, an I-don’t-have-to-spell-it-out-for-you. The Talmud uses dover akher to refer to things as diverse as sodomy, coitus, idolatry and leprosy. Most often, though, it means “pig,” and this is the meaning that has crossed over into Yiddish.

A Yiddish dover akher is always human, though. Where a khazer can be any kind of two- or four- legged pig, dover akher means only a human swine.

The development of dover akher/illustrates how a bland, almost meaningless euphemism can end up needing a euphemism of its own: call a man a khazer and he might argue, call him a dover akher and he’ll sue.