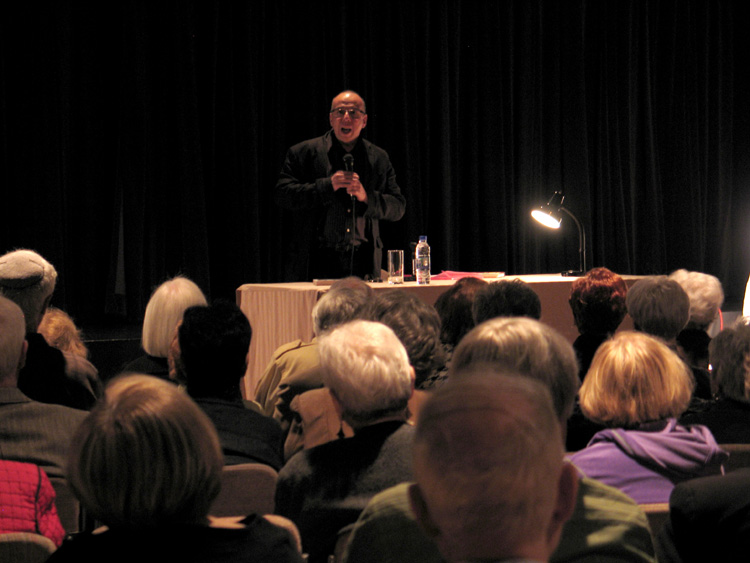 Wex’s Canadian tour for How to Be a Mentsh (and Not a Shmuck) is going well. Last week he did a slew of interviews while staying in Montreal, followed by a public appearance at the Eleanor London Cote St. Luc Public Library and then flew directly to Winnipeg where he had another event at McNally Robinson book store.

Rosh Hashanah came as a delightful break. Tonight How to Be a Mentsh gets its Canadian launch at the Gladstone Hotel in Toronto’s West End. Then the next couple of weeks bring a bunch more radio interviews across North America before Wex begins his US tour at the end of October.